The 1st XI started the new campaign well, as they secured a convincing 5 – 0 win at Old Plymouthians FC today after a tight first half. Skipper Chris Beard gave the OR’s the interval lead with a low strike into the right hand corner after a corner wasn’t cleared.

Some quickfire goals early in the 2nd half earned the OR’s a more comfortable lead as Michael Beard bravely headed home a neat cross from Zak Graham. Zak then notched two quality strikes, the first from open play and then an exquisite curling free kick

The icing on the cake was for the talisman himself in player manager Nick Raggett as he released himself from the bench for the last 15 minutes or so and he headed home from an acute angle following a good run and cross from Billy Liffen.

The 2nd XI also commenced their campaign in emphatic fashion as they won 6 – 1 at Motspur Park FC. The Ruts goals came courtesy of a Ben Kennett brace and further strikes from Paul Gough, Steve Berry, Kyle Moore and Ollie Hicks.

The 4th XI beat the 3rd XI 7 – 2 in the Inter Club Friendly, with a trio of braces from Harry Reeder, Sam Colebrook, Aaron Betteridge and one from Danny Keavy. The 3rd XI scorers were Dima Silenko and Dan Martin. 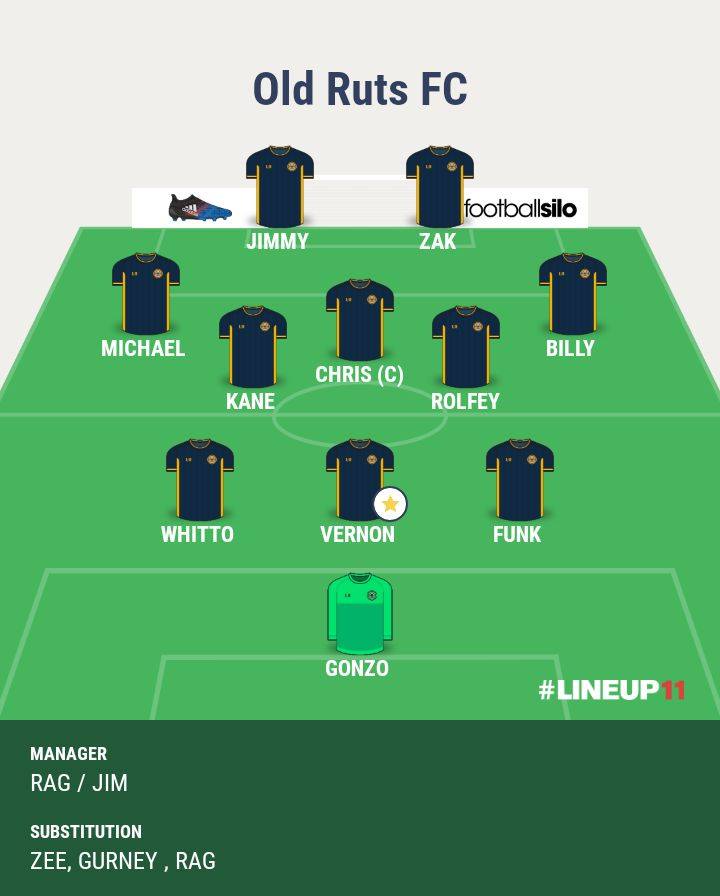 Best wishes to the Vets and Junior teams tomorrow.