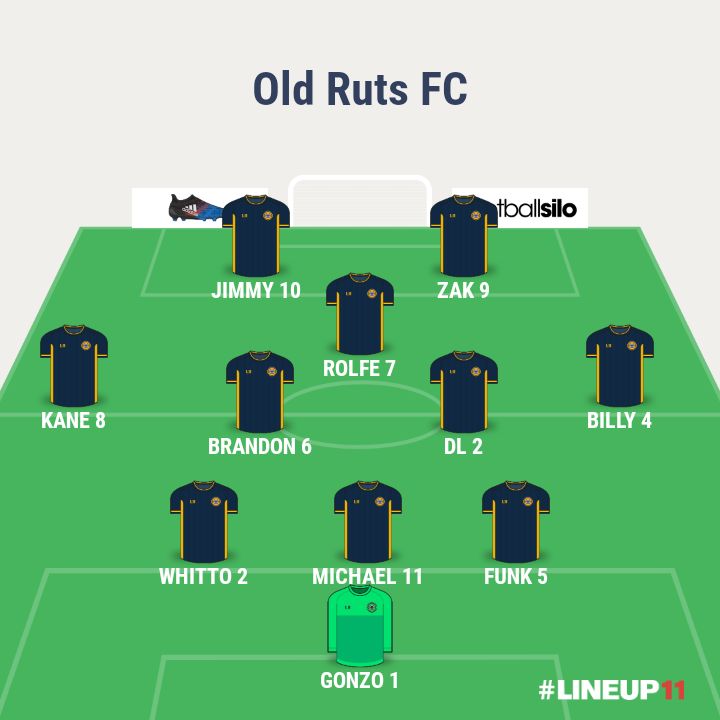 The 1st XI narrowly and a tad fortuitously won 4 – 3 at Horsley FC today. Despite a very close first half the Ruts took their chances well and seized a 3 – 0 lead with goals in the 23, 26 and 40th minutes. Jimmy Graham scored the first following a fine solo run and finish and his wing play saw him notch a second, when his cross come shot was parried into the net by the hosts keeper. Zak Graham deftly headed home the Ruts 3rd before Horsley reduced the deficit to 3 – 1 on the cusp of half time. The Ruts line-up is above courtesy of Zak’s graphic.

The OR’s suffered with lack of substitutes in the heat of the second half, as it was predominantly Horsley pressure in the Ruts half, which enabled them to deservedly draw level, which was the minimum their pressure deserved. However, in a rare second half threat Duncan Fraser fired home a late winner for the OR’s. Thanks to Horsley for hosting us.

The 2nd XI secured a 4 – 1 win at Shaftesbury Town Reserves thanks to an Ollie Hicks brace and further goals from Ben Kennett & Kieron O’Driscoll.

The 3rd/4th Mixed XI wrapped up a decent day for the OR’s as they beat Old Boys Clapham Reserves 4 – 2 thanks to goals from Aaron Betteridge, Dean Riordan, Danny Keavy and Keegan Maguire.