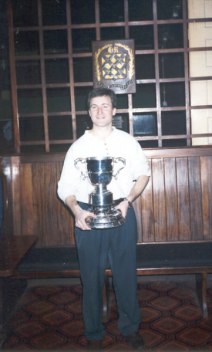 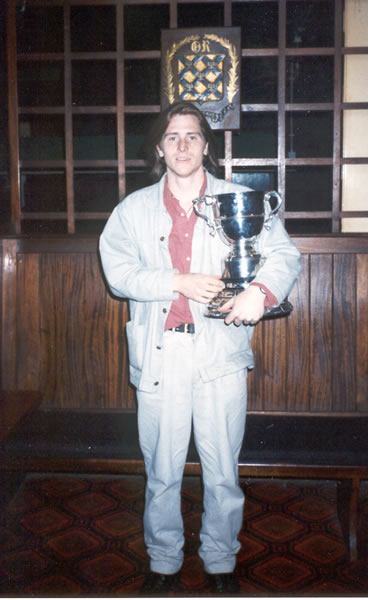 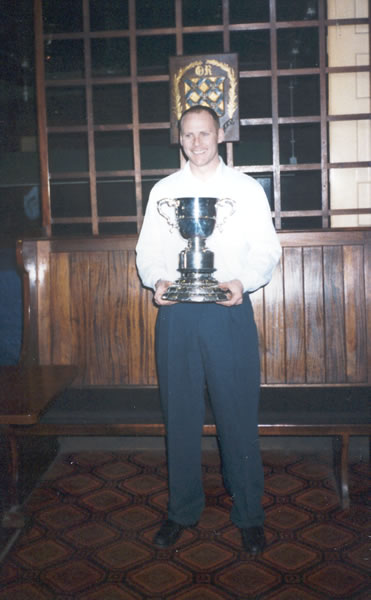 This was a great game from 21 years ago on Good Friday 1996. It was memorable for a number of reasons. Firstly, it was the biggest game in the Ruts short football history (then six years into our reformation). Secondly, it was the KDFL Centenary year and their showpiece Cup Final was played at a modern Kingstonian FC (normally at Hampton in those days). Thirdly, we were the complete underdogs really, our opponents Kingston Albion were a very good side and without doubt the strongest club in the KDFL at the time. This was our first season in the Premier Division and they had spanked us 4-1 earlier in the campaign and we held on for a 0-0 home draw the week before the final.

Anyway, the team played out of their skins that day and centre half Steve Jupp headed in a first half free kick from player/manager Gary Newcome’s free kick. Then young Whizz-Kid Jimmy Wilkes notched two stunning second half goals to secure a fine 3-0 victory.

A massive party ensued throughout the rest of the day, starting at the K’s bar, taking in the Old Ruts and finally onto Wimbledon and the Curry Royal – truly awesome.

It is terrific that we took a photo of every player with the cup at the Ruts midway through the mammoth session.